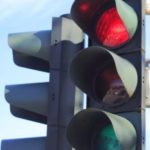 A woman who suffered catastrophic injuries in a crash is suing both Uber and Honda after an Uber ride ended in tragedy. Sarah Milburn and her friends took a ride with an Uber driver for a night out in November. The Uber driver ran a red light and the vehicle, a Honda Odyssey, was hit by a Ford F-150 pickup truck. The Odyssey flipped and the driver of the pickup fled the scene. The police report states that the Uber driver ran a red light, but the police charged the other driver with causing an accident.

Sarah was wearing a seatbelt at the time, but was paralyzed from the mid-chest down and depends on her parents for care. The tragic case illustrates the complex issues that a person may face if injured in an accident while using a ride hailing service.

If you are taking a taxi, or using Uber or Lyft, you assume that the company has taken appropriate steps to make sure the driver is qualified and vehicle used for Uber transports is insured.

In Milburn’s case, both issues are problematic. Her lawsuit claims that the driver was driving someone else’s car, without insurance, and that the driver has a criminal history that should have prevented him from driving for Uber.

Uber does provide commercial auto liability insurance for their drivers when they have a passenger with them. Uber says it does do background checks. But the type of convictions that would exclude someone from being an Uber driver would not necessarily have included the convictions in this driver’s past. Their background checks look for violent crimes and driving related offenses such as driving under the influence or reckless driving.

Milburn’s lawsuit alleges that Uber and Honda failed to provide the accident victim with the safe transportation that she reasonably had a right to expect. It claims that the Uber van’s owner was uninsured. It says that the ride hailing company should have been more careful about who drives vehicles under the Uber name.

A Passenger in an Accident

If you have serious injuries caused by another driver, you may have a right to seek compensation from the at-fault driver’s insurance. What happens when the driver of your car is at fault and you are a passenger along for the ride? Who covers your medical bills?

Typically, a passenger involved in an accident, and who is not at fault, will seek compensation from the insurance company of whoever caused the accident. An insurance company may try to take advantage of your unfamiliarity with the claims process if you do not have a lawyer representing you. A lawyer will submit a claim on your behalf to the appropriate insurance company and seek to negotiate a settlement that reflects the full extent of your injuries. An experienced accident lawyer will have an understanding of the fair value of the claim.

If the insurance company refuses to pay, then you may choose to pursue a lawsuit against the negligent person and their insurer to seek compensation for your injuries. The driver’s insurance company is obligated to defend them.

If you are related to the driver of the car, your situation may be slightly different. If you are considered insured under the driver’s policy and you are injured, you may need to make a claim with your own insurance company. You may not have a claim against another driver unless the other car also contributed to the accident. Each accident case has its own set of contributing factors and considerations.

In any circumstance, if you or your loved one has been injured in an accident, you should talk to an experienced personal injury attorney to understand your legal options and what the best course of action would be. Contact our Binghamton car accident attorneys today for a free consultation.