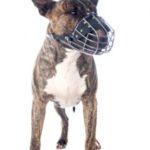 According to the Centers for Disease Control and Prevention over 4 million people suffer dog bites each year, sending more than 350,000 people to the hospital. On average, about 31 people are killed each year by dog bites.

Children are most at risk, with the highest number of dog bites occurring in children between the ages of 5 and 9.

Although many owners of dangerous dogs will never admit it, there are some dog breeds that are more likely to bite than others and consistently show a propensity to attack strangers and even turn on their owners. Of course, even the most innately friendly dog may bite when provoked or abused.

Here is a list of dogs that are most likely to attack.

From 2005-2013 283 people died from dog attacks in the United States.  Two dog types, pit bulls and Rottweilers, accounted for over 70% of these fatal attacks.

Over this same time period, thousands more people suffered nonfatal dog bites at a similar rate from these same breeds. Such dog bite injuries can be common.

Why Are Pit Bulls So Dangerous?

While some might argue that pit bulls attack so often because owners train them to do so, this is not completely accurate.

Centuries ago, selective breeding enabled pit bulls to become adept at bull baiting and more recently, dog fighting.Pit bulls have been selectively bred in a manner to ensure they would have particular traits that would fit these purposes, such as aggressiveness. Even without being trained to attack, pit bulls have an innate propensity toward fighting.

Additionally, through selective breeding, pit bulls have developed a particularly strong jaw. Their strong jaws allow them to bite, hold on, and shake their victims.  The result is that when a pit bull does attack it tends to be particularly vicious and catastrophic.

Many pit bulls are also trained to attack intruders. Dog owners often select breeds that are known to be aggressive because they want the dogs for protection. Many such dogs end up attacking people who pose no threat to either the dog or the owner.

Furthermore, pit bull behavior can sometimes be unpredictable. Most pit bull attacks involve the dog attacking its owner, or someone else familiar to the dog.

For example, dog fighting is a felony all 50 states. There is also a federal statute that outlaws dog fighting.

Over 700 cities have regulations that in some way regulate pit bulls.  Many towns altogether ban them. Others have mandatory sterilization rules for pit bulls. Some have declared them to be “dangerous” or “potentially dangerous.”

Another indicator of just how dangerous certain dog breeds are is whether insurers will include them on a homeowner’s or renter’s policy. Breeds that many insurers will not insure include:

When a pit bull or any dog you own injures or kills someone, you may be financially liable. This is the case regardless of whether or not you have insurance that covers the dog. In some cases, you may even face criminal charges.