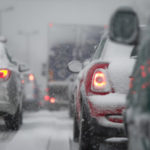 Driving in the winter is dangerous. In New York, where lake effect snow is a reality, drivers may be at an even higher risk of having an accident. In fact, in 2014, there were 25,510 traffic accidents that involved slippery pavement or driving conditions, according to the New York State Department of Motor Vehicles.

In another study published by a researcher from the University of Georgia and covered by Syracuse.com, it was revealed that more than 800 people in the U.S. die each year in vehicle collisions that are caused by snow, sleet, and freezing rain. And do not believe that New York’s winter will be mild this year. The Farmers’ Almanac, according to the New York Post, is forecasting very cold weather and high snowfall levels.

If you will be driving in New York this winter, make sure to familiarize yourself with the dangers of driving in poor weather and implement safe driving practices. If you are in an accident, reach out to a New York car accident lawyer.

What is Lake Effect Snow?

According to the National Oceanic and Atmospheric Administration, the two key ingredients for lake effect snow are warm water and cold air. Lake effect snow

Lake effect snow can happen rapidly and unexpectedly, and can be hard to predict. For this reason, lake effect snow can be even more dangerous than traditional snow, as it often catches drivers off guard when they are most unprepared.

In New York, lake effect snow is a common occurrence. When it hits out of the blue, this weather type can cause slippery surfaces, poor visibility, and lead to challenges in controlling one’s vehicle. As such, rollover accidents, rear-end collisions, sideswipe accidents, and multiple vehicle pileups are all possible, such as one last winter detailed by ABC 7 News that included approximately 30 cars.

How to Avoid a Car Accident in New York This Winter

While you cannot control the actions of other drivers, you can take actions to ensure that you are driving as safely as possible. Be sure to:

You can also help to prevent serious injuries from occurring in the event that you are involved in an accident by making sure that everyone in your vehicle is buckled up. And put the phone and other electronics down.

In many cases, lake effect snow accidents occur because other drivers do not drive responsibly for the conditions. Despite the storm, a driver may speed, perform illegal maneuvers, drive while intoxicated, or drive while distracted.

If you have been in a lake effect snow accident in New York that you believe was caused by another party’s negligence, our attorneys can help you. To learn more about your rights and how to file a claim for compensation, contact Scott C. Gottlieb, Injury Law Attorney, to schedule a free consultation.