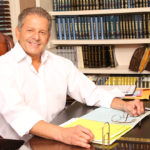 The attorney thanked the Binghamton Police Department for what Gottlieb calls their high quality service to the city.

Gottlieb cites the department’s ability to solve serious crimes, their response time, and their diversity as the big reasons for the donation.

‘Up until recently, we’ve had nothing but praise for first responders. Lately, all we hear about is criticism. While there is a place for some departments to have some criticism, constructive criticism, I think there’s even a greater place for appreciation and gratitude. That’s where we’re coming from. We like to accentuate that, in that there’s a lot of people in this community that want to say ‘thank you,’ Gottlieb said.'”