7 Ways to Avoid a Head-On Collision 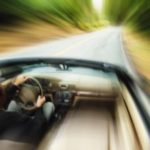 Even though cars are being made more crash worthy than ever, head-on collisions in New York and the U.S. almost always cause serious injuries or death.

That’s because the human body is not built to withstand the violent impact of two vehicles crashing head-on into each other.

A fatal example occurred April 18 on Long Island, where a driver was killed when he veered over the centerline and smashed into a vehicle coming the other way.

They say [the victim] was driving north on North Ocean when he crossed over into the southbound lane and struck a Volkswagen. The 56-year-old [victim] was pronounced dead at a hospital a short time later.

The 22-year-old driver of the Volkswagen was treated for non-life threatening injuries.

How to Avoid a Head-on Collision

A head-on collision can happen in many different ways.

Some of the most common contributing causes: