Car accidents happen every day across New York state, and a majority of them are caused by negligence. If you were hurt in an auto accident caused by someone else’s recklessness or carelessness, you have the right to hold them accountable and seek compensation for your medical expenses, property damage, pain and suffering, and other damages.

If this has happened to you, turn to an attorney with the experience and resources necessary to help you demand justice. Scott C. Gottlieb, Injury Law Attorney, has an outstanding record of successful verdicts and settlements that includes millions of dollars in compensation for victims of auto accidents. Our firm handles all types of car accident claims, and we can work quickly to identify the cause of your accident and who should be held accountable. Call (607) 304-4121 or contact us online to set up a free consultation to speak with us today.

It is not uncommon for people to drive aggressively or ignore the posted speed limits. Whether they are in a hurry to get to their destination, or if they let their emotions overcome them, both actions put drivers, their passengers, and others on the road in harm’s way.

One example of this is motorists who become frustrated by slower moving traffic. These individuals may act more aggressively, sometimes engaging in dangerous maneuvers that endanger other people.

Any activity that causes a driver to divert their eyes from the road is considered a dangerous distraction. This could include talking on the phone, texting, daydreaming, paying attention to passengers, eating or drinking, grooming, adjusting the stereo, or other activities.

An increasing source of distractions is undoubtedly the smartphone. Drivers who are talking, texting, or using an app on their cellphone are far more likely to cause collisions. To prove that the driver was on the phone at the time of a crash, it may be possible to subpoena a negligent driver’s phone records.

While driver fatigue is often associated primarily with commercial truck drivers, the truth is that any person is susceptible to becoming physically and mentally exhausted after long periods of driving or simply not getting adequate rest. A person who chooses to drive while tired may have trouble focusing or could fall asleep behind the wheel, leading to a catastrophic accident.

It is important to understand that a driver who is not convicted of a drunk or drugged driving crime can still be held civilly liable because a criminal case is separate from a civil action. Additionally, a civil case has a much lower burden of proof than a criminal case.

Two vehicles colliding head-on is much rarer than other types of car crashes, but these types of accidents often have much greater potential to result in catastrophic or fatal injuries. Causes of head-on collisions can often be very difficult to determine, but some of the most frequent reasons these crashes happen involve a driver going the wrong way, a driver being under the influence of alcohol or drugs, or a driver not obeying traffic signs or signals.

Intersections frequently involve multiple lanes of traffic converging on a central location. Traffic signs or lights control most intersections, and accidents often occur when these devices are either defective or disregarded by other drivers. Intersections are a common site of T-bone accidents, in which one vehicle rams into the side of another after running a stop light or ignoring a traffic sign.

One of the most common kinds of collisions is a rear-end accident in which one driver strikes the rear bumper of another vehicle. These accidents often occur when a driver fails to reduce their speed in time to avoid a crash. Even supposed “fender benders” that appear minor can still result in serious injuries.

Some collisions happen when one vehicle strikes the side of another automobile. Occupants located on the side of the car where the impact occurs are at greater risk of suffering serious harm. In addition, a seemingly minor sideswipe accident can push one vehicle into oncoming traffic, resulting in a much more severe head-on collision.

In the event of a collision or even in a single-car crash, drivers can lose control and the vehicle may roll over onto its side or roof. In some cases, rollover crashes could be caused by defective vehicle design, and a manufacturer could be held liable in these cases.

While many car accidents involve only two vehicles, it is not uncommon for other cars to be involved in a crash. Pileups can be extremely complicated. That is because additional vehicles often mean additional insurance companies to deal with, and each one will be seeking any way possible to minimize its liability. This often results in finger pointing and delays in claims.

How Our Attorneys Can Help

Did you suffer severe injuries or was your loved one killed in a car accident in Binghamton or a surrounding community in New York? You may be entitled to compensation for your injuries or loss, so do not wait to contact Scott C. Gottlieb, Injury Law Attorney.

Mr. Gottlieb has received an AV Preeminent rating from Martindale-Hubbell, a peer rating denoting the highest level of professional excellence. He can help you understand all of your legal options as soon as you call (607) 304-4121 or contact us online to take advantage of a free consultation.

Concerned About Coronavirus? You Don’t Need to Leave the House to Meet with Our Lawyer

Update: Friday, March 27, 2020 Our law firm has been deemed an essential business by the State of New York pursuant to the revised Executive Order 202.6. We are open for business to assist you in your legal needs. Contact... 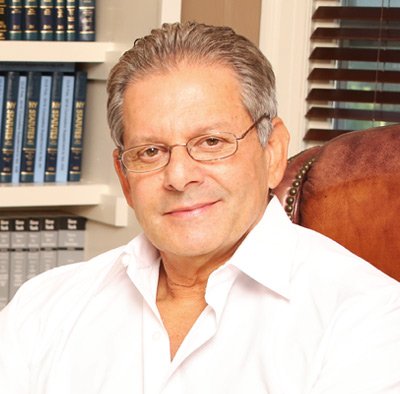